Welcome to my site.

I am a self-employed writer,which means I’m working for an idiot who doesn’t pay me enough – but the holidays are great.

I’m ex many occupations,from the respectable ‘career-ladder’ to disreputable “somebody’s- got-to-do-it”. All a good way of seeing someone else’s point-of-view. Best job,apart from writing, was dispatch-riding on a motorcycle in the 70’s,though I’ve also enjoyed teaching,librarianship,counselling and helping to run a community-centre. Sometimes I’ve looked respectable in a suit,other times a bit more wild and woolly ( though still stylish ) as a biker. It’s strange how differently people treat you,depending on what you’re wearing. A suit means I’m sometimes addressed as ‘sir’,but in motorcycle leathers I’m always referred to as ‘mate.’

Rumours that I’m a Christmas super-hero may well be true,though it was a salutary reminder of the passing of time to realise that I was aged enough,and sufficiently portly and trustworthy to play the role.

The worst job that I’ve done ? You really don’t want to know,but it was in a processed food manufacturer’s factory – put me off bacon,sausages and quiches for a long time,and made me look at pet food in a new way. I’m very glad that I don’t have any pictures.

I’ve been writing since I was eight,when I penned a story about a desert island and attempted to compile a dictionary – as Clarissa does in my short story ‘The Moon Is Out Tonight’. I’ve written for magazines under a variety of pen-names,ghost-written a couple of biographies and had a column in a local newspaper..

I used to concentrate on non-fiction of an informative,how-to instructional nature,as I’m a firm believer in the dissemination of knowledge to enable people to do things for themselves. Knowledge is power,and in these troubled times of economic downturn and increased intrusion into our lives by government agencies,its vital to know how to get through.

My fictional stories also show people coping and finding ways to survive.
I’m based in a Celtic nation,the county of Cornwall or Kernow. I’ve been here for twenty years,and have lived all over the country,as well as abroad in France,Germany,Switzerland,Spain and the U.S.A. 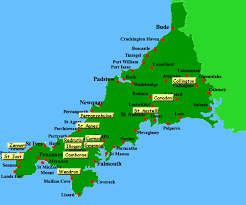