I spent most of 2014 writing my first novel,called ‘The Perfect Murderer’. It’s about a serial killer,a veteran soldier who has become a player in real life role-playing game where the victims are really killed. His activities awaken the hibernating blood-lust of a psychopathic murderer,a man who is a respected member of the establishment. He would never be suspected of being homicidal,even though he’s killed once a year for forty years. The moral twist is,that the people he killed were all hardened criminals – so it could be argued that he’s been making society safer.

I started my writing with a loose and adaptable storyline. I didn’t want too rigid a plot,as I knew from previous experience that characters in a story can sometimes behave in ways that one can’t predict. I also reckoned that I’d be learning a lot about my subject matter as I went along,which might alter the narrative. The story involved a massive amount of research,including psychopathy,forensic pathology,police procedure,post-traumatic stress disorder,the conflict in Serbia and self-identity and personality.

I wasn’t sure how long the novel would be,and didn’t have a specific target to reach. Mind you,it was still a milestone to pass the 100,000 word mark,though that made me wonder quite how far I had left to go ! I anticipated that I’d end up at about 150,000 words. I was right,though after the climax of the hunt for the killer,I soon realised that my story had left a lot of characters’ fates unexplained,including several undiscovered corpses.

This can be a stumbling block with murder-mysteries. There are at least two unidentified bodies in ‘The Maltese Falcon’,though they were dismissed as red herrings. Nonetheless,I felt compelled to add an afterword which added another 18,000 words. This felt fitting and right,as I’ve always been a bit disappointed when a thriller simply ends as soon as the villain is dispatched.

It was more of a coda to the main part of the story,and it gives the reader some comfort about what becomes of the investigators after their harrowing experiences. It was rather discombobulating to finish,mainly because I wasn’t quite sure if the whole thing worked as a tale that would engage a reader’s attention. I’d varied the pace of the action,offering different points-of-view from the detectives and killers,thrown in a few dead ends and sprinkled several of my own red herrings around – but did it work as a psychological thriller ?

This was impossible for me to judge,for after all I knew what happened next ! Although I did a lot of editing as I went along,I still devoted ten weeks to going over everything with a fine tooth comb. When one examines any piece of art in this microscopic way,it ceases to be what it is to a consumer who’s enjoying it at face value,and becomes more of a tiresome obstacle course. I was appalled by what I’d missed,particularly in repeating nouns and verbs. The search function in Open Office Writer helped to identify these,though I was still uncertain about how well the plot developed and flowed.

While prowling the literary blogs recently,I came across one by Natalie M Lakosil of the Bradford Literary Agency. One of her postings on ‘Adventures In Agent Land’ is about plot development,and is well worth a look. In fact,she offers really useful practical advice for any writer.

I was pleased to see,from a graph that she included,that the storyline of my novel conformed to what is reckoned to be the approved pattern.

This find was reassuring,and her dot method of judging the ebb and flow of a story is a useful tool to use. I’m still not sure how well my novel works as a reading experience,but I have a trusted and wise first reader who is currently working her way through it,and she says that it’s “gripping.” I am grateful for her assistance,as she’s pointed out several errors that needed straightening out in grammar and punctuation.

Writing,then editing a novel really is a case of not being able to see the wood for the trees. 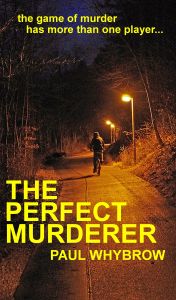